I know it's been a while since my last entry but I have way too much time invested in this blog to let it slide.

The first half of 2014 has been CRAZY! I have made it out on the water a few times but work and my personal life have made it difficult to find time to update the blog. I believe work may be the main reason - at least that is where I'm placing the blame. The company I have worked for over 21 years sold the business sector I have been in for 6 of the last 8 years. The transition to the new company occurred on June 1 and things are finally starting to return to "normal".

My trips this year started with a day trip, then an overnighter, then a pack trip...I like how this is progressing!

My first entry will be of the day trip I took on Good Friday and it turned out to be a good Friday. I took another coworker to my favorite stream in order to give a one-day lesson in fly fishing.

The temperatures at night had been dropping into the upper thirties but the day temps were climbing into the lower sixties, so I knew there would be no need to get up there early. My coworker is also a Texas A&M Aggie, so I didn't know what to expect from him. : ) Texans are a different breed.

We arrived on the water about 9:00 and it was still pretty chilly. My partner didn't have waders and I hang mine up in March so we were both wet-wading. I could feel a little sting on my feet so I'm positive it was brutally cold for him.

For the first 2-3 hours I stood over his shoulder, working with him on reading the water, fly placement, drift, and tending the fly line...the basics. The water was just too cold, the fish weren't looking up for dries yet and I wasn't about to put him on nymphs.

We stopped for lunch and dug a few ramps before moving further upstream, all while waiting on the water temperatures to raise. After lunch, I basically turned him loose and I was fishing a few runs myself. When we reached a spot where the trail was well above the stream we spotted a couple of nice, wild rainbows.

We dropped down over the bank and split up. He was still working the dries and I had tied on a small, olive woolybugger. In the first small run, I hooked a very nice rainbow under the large rock where I was standing. I played it downstream to where I could land it but he got off at my feet before I could get a photo. It was a solid 14" wild rainbow and I didn't get a photo. I guess it's true what people say, the big one always gets away (stay tuned because it doesn't ALWAYS get away).

From this point on the stream, we decided to start fishing back toward the vehicle as we were about two miles upstream by this point.

Our luck would change in our next pool and my partner caught his first trout - on a fly rod and a nice, native West Virginia brook trout to boot! 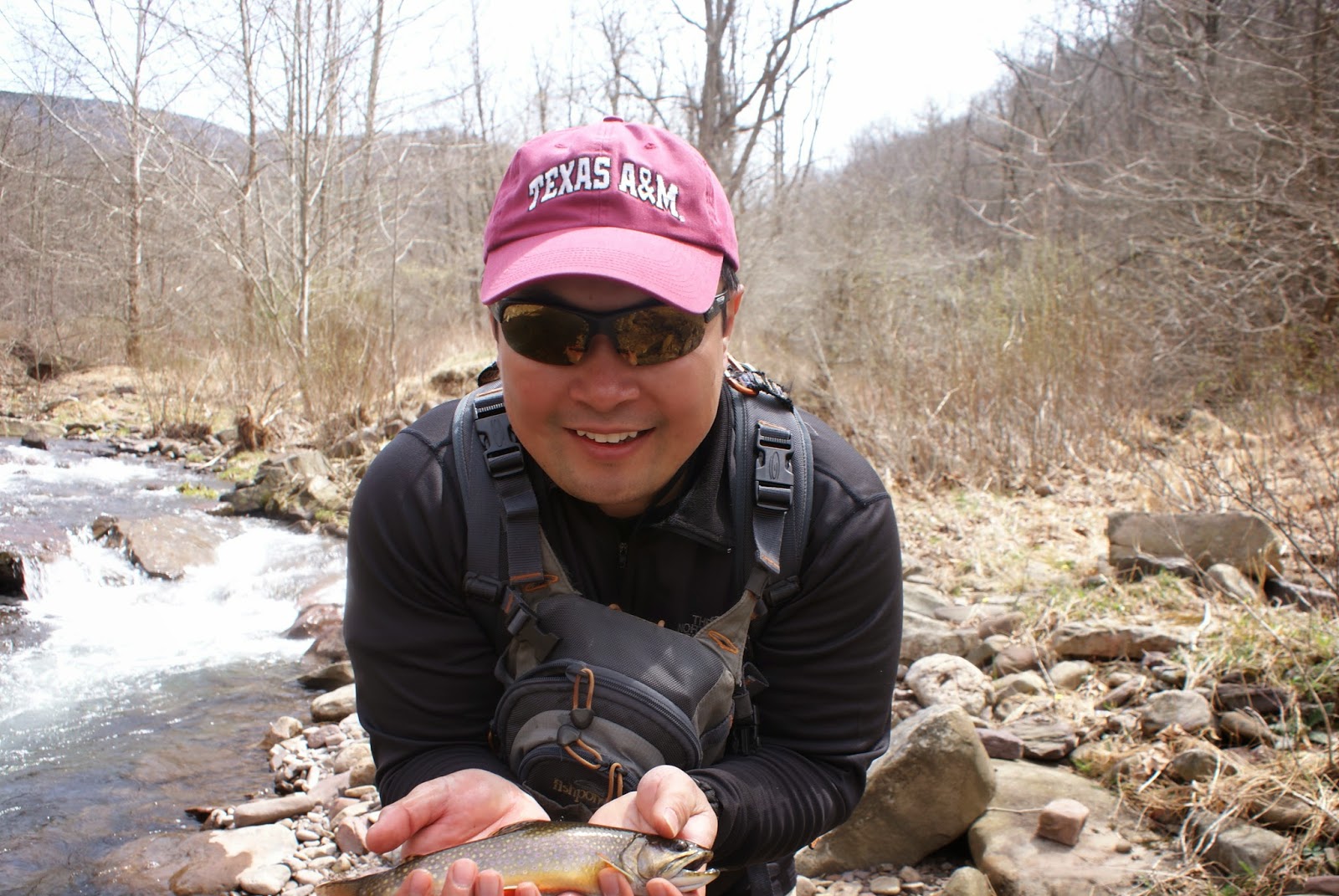 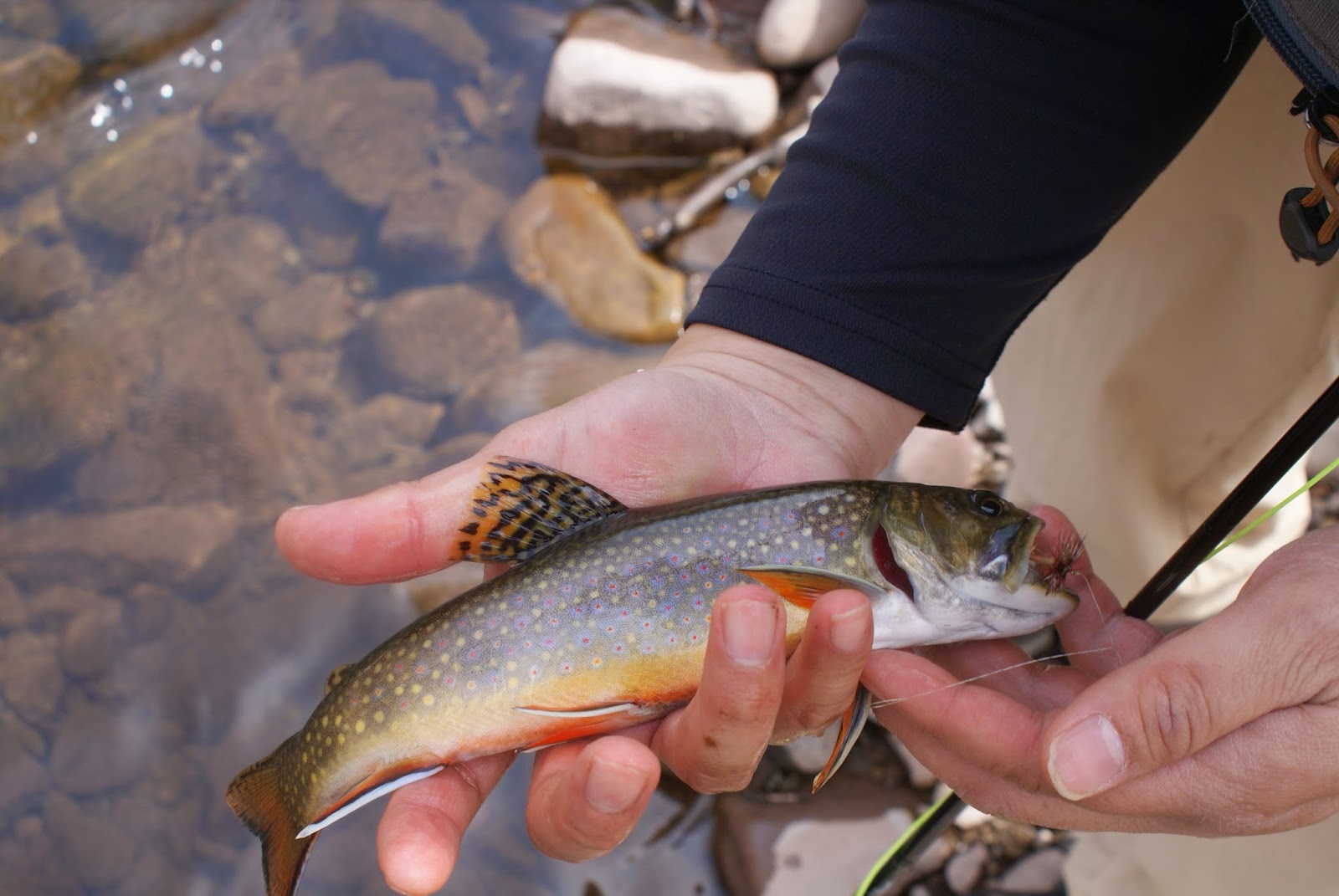 He seemed to have the technique of the drift down and was reading the water good, so I left him to fend for himself and I went to check out a few runs for myself.

By this time it had warmed up nicely and the fish were starting to look up. I was fishing my normal early season rig of a small caddis with a beadhead dropper. The size 16 black stones were popping off, so I tied on a black stonefly nymph. Some wanted the nymph... 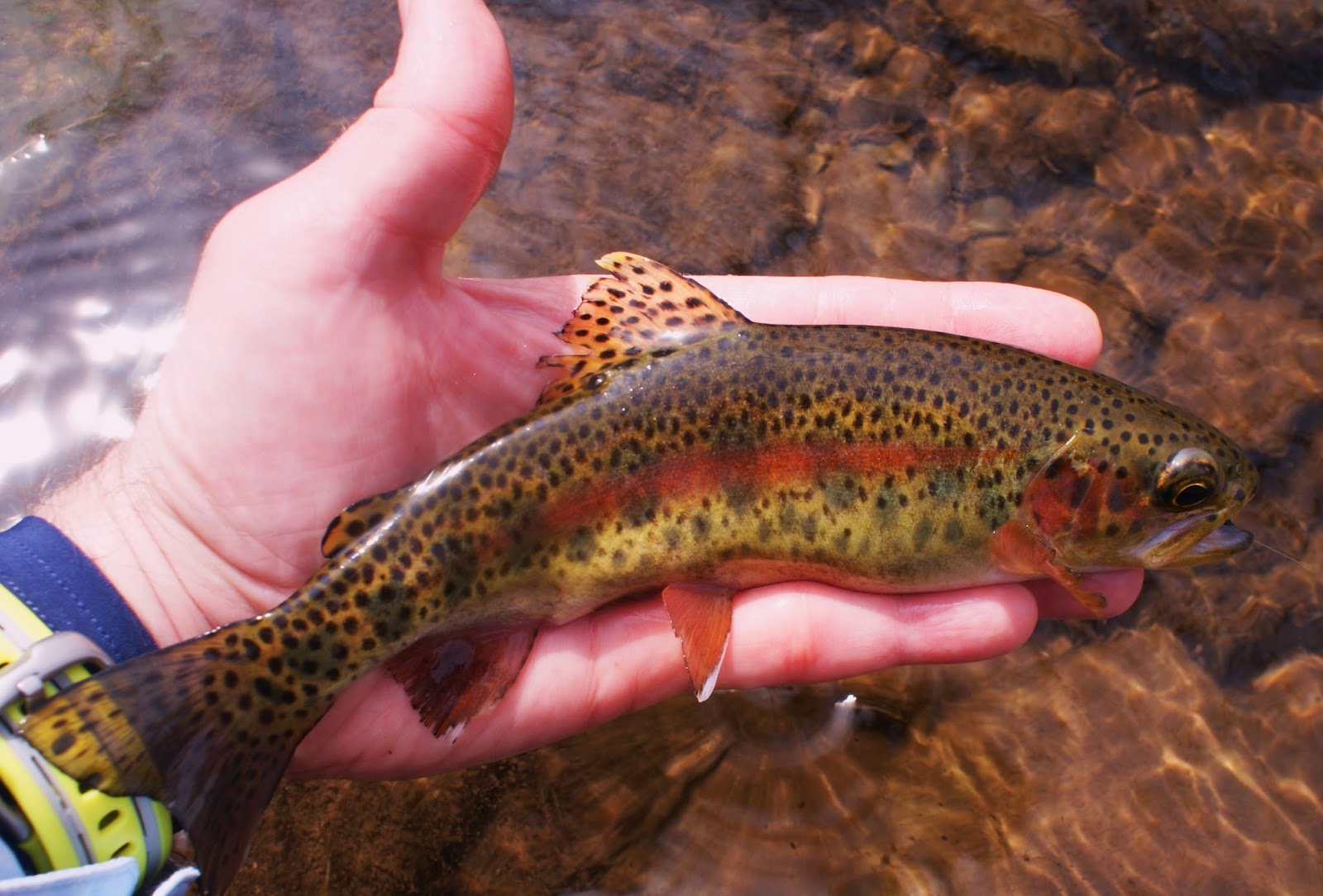 ...and some wanted the dry. 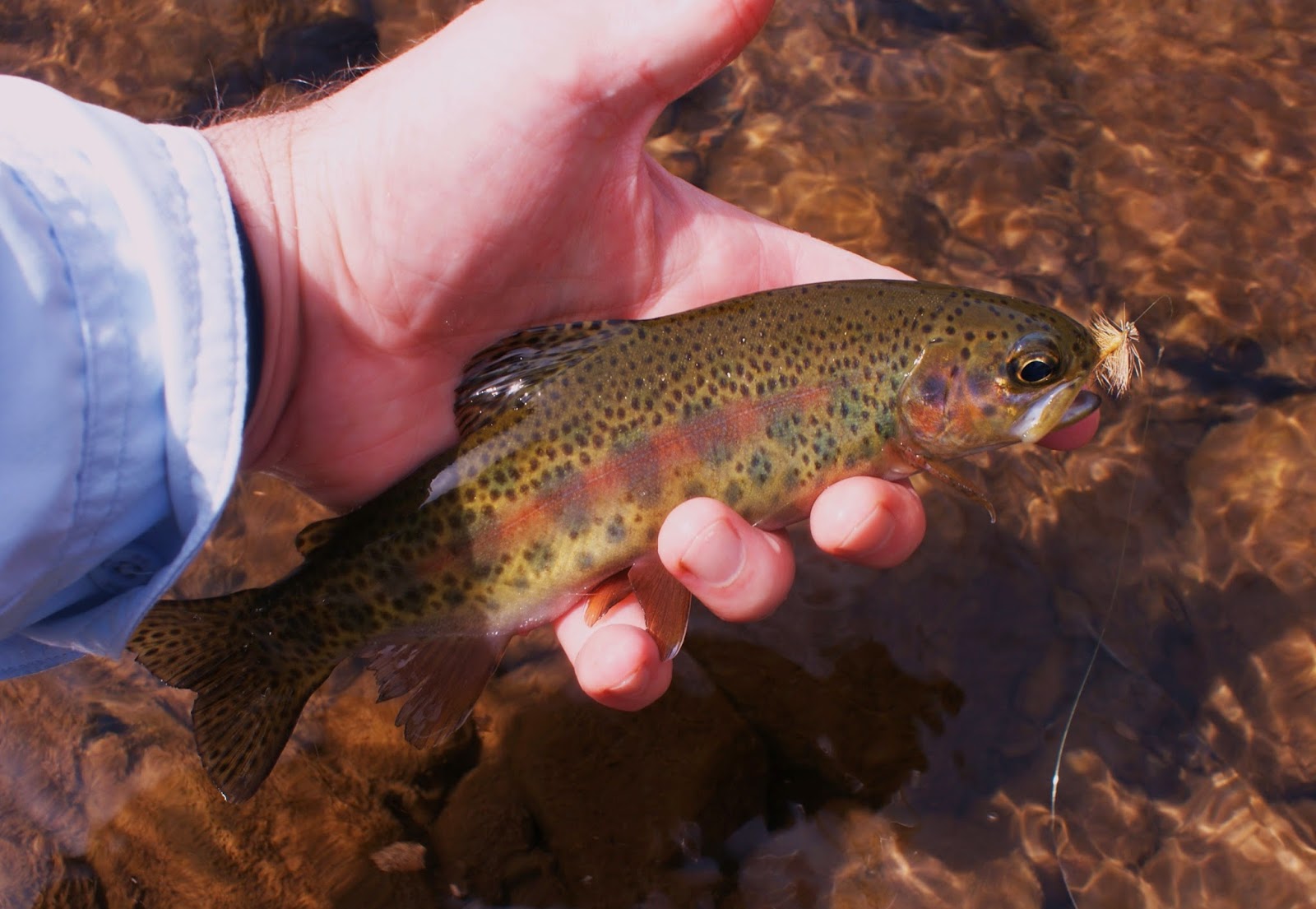 And then...I walked up on a nice pool with a root ball just below the head of the hole. Remember, the big one doesn't ALWAYS get away.

This may be my biggest brook trout out of this stream. 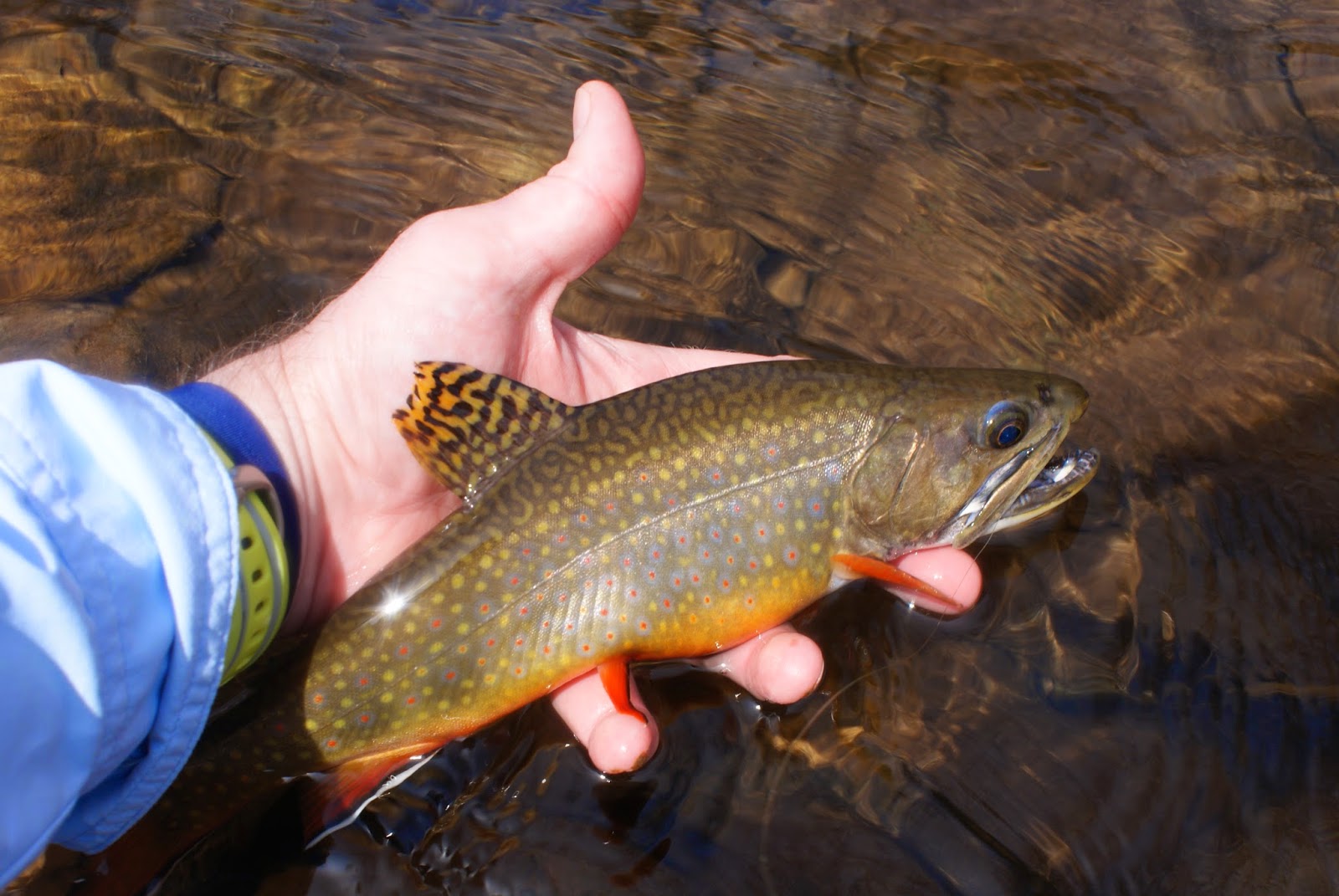 It was a nice male, with a well defined kipe. 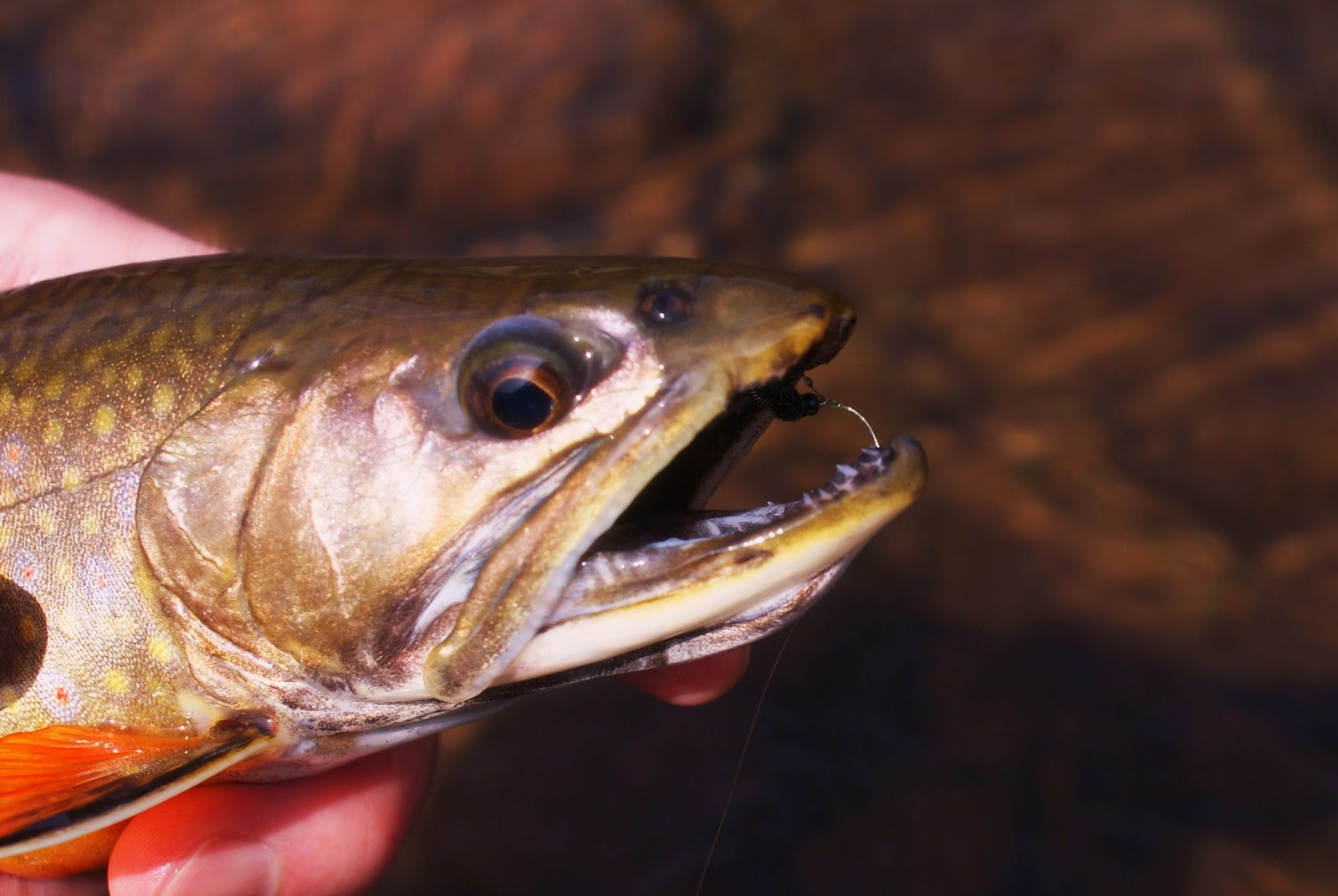 I don't know that there was anything else that stood out after this fish. I picked up several smaller rainbows and brookies. My partner may have not landed another fish but this was another memorable fishing experience, both for the big brookie and getting another fisherman started on the water.

With the fishing behind us, we had enough time left in the day to show him around the area and what beauty West Virginia has to offer.

Seneca Rocks, dinner at Hellbenders in Davis, and Blackwater Falls. 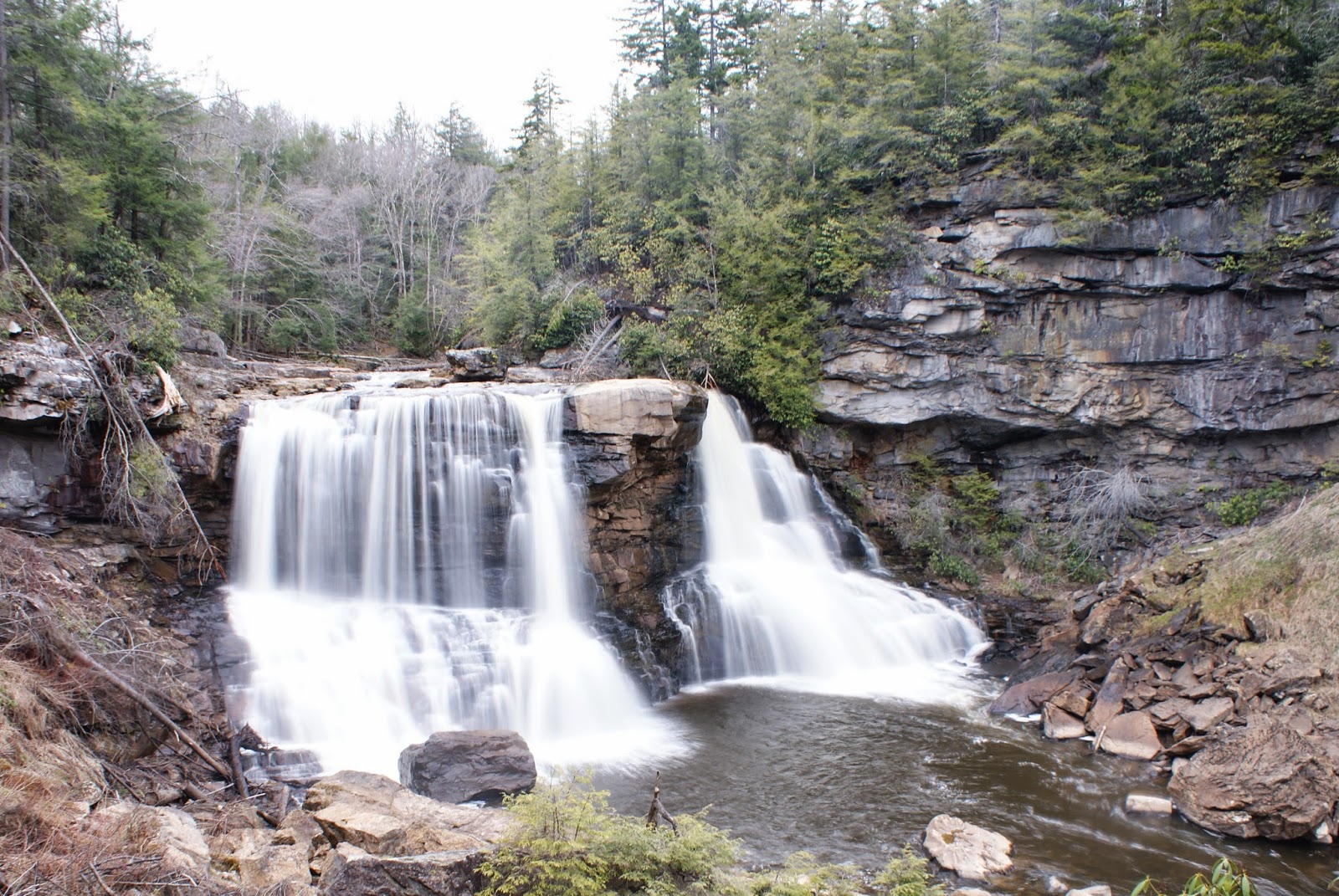 We were also treated to an amazing sunset as we left Thomas and drove past the windmills. The end to a nearly perfect day. 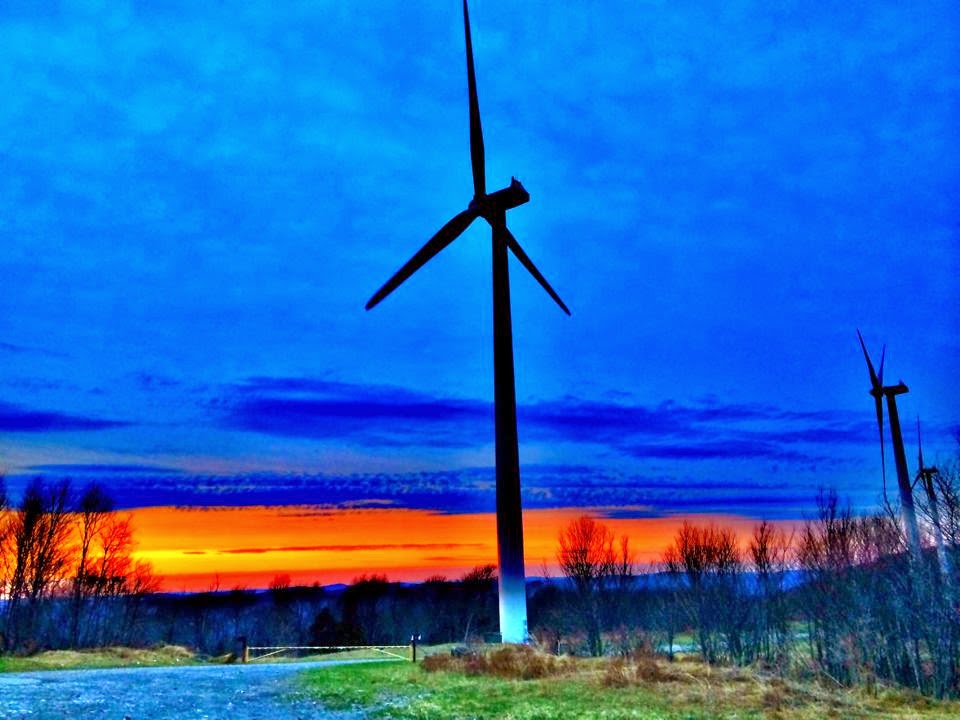